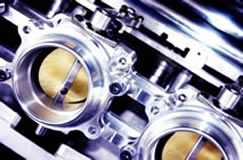 The government’s consultation period on plans to bring in a new ‘superfast’ patent processing service, which will be capable of granting patents in just 90 days, ends on 12th June.

Currently it can take a number of years to gain patent protection. While for some applicants this allows them time to develop strategy and commercial decisions relating to their invention, this is not always going to be the case.  For some applicants a reduction in the time it takes for their patent to be granted would be beneficial.

The IPO currently offers a free acceleration services which means a patent can be granted in less than a year.  The new system could see applicants obtaining a granted patent in as little as 90 days.

The superfast service would be available to applicants upon payment of an official fee of around £3500 – £4000.

James Sanderson says, “These proposals will be of great interest to some applicants as it would allow them to get protection for their inventions as quickly as possible. The suggested fees are quite high and will therefore need to be weighed up against the benefits of achieving protection earlier than would be possible otherwise.”

“Inspiration and inventive thoughts can emerge at any time, but acting on them quickly can often be the catalyst for making a real difference to the success or otherwise of an idea. Government is committed to making it easy for innovators to turn their ideas into business growth. I am sure this will help to create a streamlined and flexible patent service and bring more choice for those who use it.”

The consultation seeks views on:

The consultation document can be found at www.ipo.gov.uk/consult-2013-superfast

Little blue pills and the value of good patent protection

Little blue pills and the value of good patent protection

By sandersons
We use cookies to ensure that we give you the best experience on our website. If you continue to use this site we will assume that you are happy with it.Accept